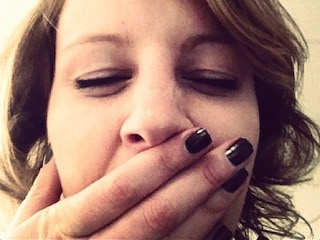 When it comes to planning a wedding, it’s not unusual for the bride to do more than her fair share of the work.

That’s not to say you haven’t helped – of course you have. But there’s a good chance she’s running the show.

However, there’s one crucial task that’s entirely down to you. And she probably won’t even remind you to do it.

The good news is that there will be so much goodwill towards you and your bride on the day that even the simplest groom speech will be well-received.

The bad news is that far too many grooms resort to well-worn clichés that can seem lazy – and even insincere – when they come to prepare their speech.

This is a popular opener and in its full form goes something like this:

I’ve been told that the groom speech should be like a miniskirt – short enough to be interesting but long enough to cover the essentials.

The intent of this line is twofold: to reassure your audience that yours will not be a long speech and hopefully to get a laugh from the delivery of a clever line.

Unfortunately the line won’t seem nearly so clever to those guests who’ve heard it before. Which many of them will because it’s a very common choice among grooms.

If you’re still keen on the “miniskirt” idea, there is a way to (almost) have your cake and eat it: acknowledge that the line is a cliché – but use it anyway!

Even better would be to build on this old line with a more original line:

But since Kate is hardly ever seen in a skirt, my speech will be more like a pair of trousers – tight enough to make sure all eyes are on me, but with enough ‘give’ to allow for a bit of expansion!

“Best money I ever spent”

The father of the bride usually speaks first, and it’s usual for him to say some nice words about his new son-in-law – in this case, you.

So it’s only polite that you should thank him for his kind words in your own speech.

All good so far. But a popular groom speech joke is to imply that his father-in-law was paid to say flattering things:

I’d like to thank my new father-in-law David for that wonderful speech and for his kind words about me. Best £20 I ever spent!

Of course the aim is to “modestly” brush off the earlier compliments, but it’s done in a very flippant – and almost dismissive – manner. It also opens your speech with a massive cliché.

Much better to use your thank you as an opportunity to reciprocate and say some nice things about your father-in-law and your other new relatives.

“This date in history”

This is where you research the wedding date in history and try to find events that you can link back to your big day.

The basic idea is fine because it’s a genuine attempt to tailor your speech to the occasion, rather than just trotting out some bon mots that could apply to anyone’s wedding.

However, it’s rarely done well and history is not as fertile a source of material as you might hope. Good luck, for instance, with trying to link neatly to your wedding from the date marking the official end of the Franco-Prussian War!

But if you really want to dig into the past for inspiration, why not look at No. 1 songs for that week in history? You’d be unlucky not to find a few song titles you could meaningfully link to you and your new wife.

“I can’t read your handwriting darling”

The idea with this one is that you say some very nice things about your wife – then pull the rug away by “letting it slip” that these are her words, not yours.

It’s most commonly used when giving a speech from notes:

My new wife Laura has so many great qualities that it’s impossible to list them all, but here a just a few. She’s generous, caring, funny, …

Sorry Laura, what does that say? I can’t read your handwriting.

Here’s a less elaborate version that works without notes:

My wife has so many great qualities, but I’m not going to embarrass her by reading out a long list… that she wrote for me.

It’s an old joke that manages to achieve the dubious double whammy of both negating compliments people initially thought were genuine – then suggesting your wife is a controlling character who has a rather high opinion of herself. Smooth.

“The best man has a strange condition…”

Since it’s usual for the groom to speak immediately before the best man, you’ll probably want to say a few words about your friend by way of introduction.

Of course, at this stage you don’t know what he is going to say about you!

Best man speeches have a reputation of being embarrassing for the groom – sometimes even brutal – so it’s natural to want to try (even jokingly) to limit any damage upfront.

However, this can lead to one of the most over-used devices in the history of groom speeches – telling the audience that the best man has a kind strange condition that causes him to invent stories. Which of course means people should ignore anything he happens to say about you.

It’s lame. It’s not particularly funny. And it’s been done to death. So please don’t do it.

Here’s a simpler alternative you can actually tailor to your friendship:

I’m looking forward to hearing what my best man is going to say about me in his speech. All I would say David is that if you ever want your lawnmower back, you’d better go easy on me.

(Obviously replace the lawnmower reference with something that works for your best man!)

So, are you ready to give a cliché-free Groom Speech?

Now you know what to avoid, there’s really no reason to fall back on old clichés for your groom speech.

If you find yourself struggling with what to say, just follow this simple advice:

You’ll absolutely storm it on the day.