How to Turn Your Outline into a Kickass Wedding Speech 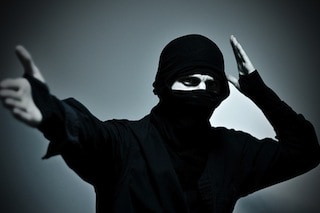 In a previous post I showed you how to jumpstart your wedding speech preparation by producing a rough outline in just 5 minutes.

This is a great first step, but there’s still some work to be done before you’ve got a speech you can deliver with confidence.

So what comes next? How do you turn your outline into a fully-blown speech that totally kicks ass?

Well the good news is that it’s pretty straightforward.

As long as you know the right steps…

There are three basic steps for turning a speech outline into a full-length speech draft:

Before we look at each step in detail, now is a good time to open a new document on your computer or to grab a blank sheet of paper and a pencil.

We’re going to start the draft, using your outline as a guide.

In this first step you go back through your outline and expand each of your shorthand notes into full sentences and paragraphs that make the points you want to make and tell the stories want to tell.

Make sure you write conversationally – as if you were relating the points to someone else. In fact a good approach here is to expand upon your notes out loud first, only putting the content into your draft when you’re happy with the wording.

Here’s an example of expanding out a point.

The outline for a groom speech might include a note that simply says: “How we met”. During the Expand step this could become:

Jenny and I met three years ago at my sister’s birthday celebration. Although we didn’t speak very much I thought she was really nice and spent the next two weeks building up the courage to ask Sis for her number. Amazingly she agreed to a date and…

Make a point, tell a story

During the outlining process, I asked you to think about what each of your main points said about the person your speech is mostly about.

The reason for this was to give you a simple way to lead into some of your stories.

For instance, if the father of the bride has a story about his daughter which shows that she doesn’t give up easily, he could introduce it like this:

Those of you who know Karen well will agree that she doesn’t give up easily once she’s set herself a goal. This was true even from a young age and I remember one particular time when…

It’s a simple technique but much more effective that simply dropping into the story cold.

Any other relevant information?

As you’re writing out your speech draft, make sure you include enough information for people to follow what you’re saying. Remember, not everyone will be as familiar with the bride or groom as you and so you might need to add a little background detail.

The best man might have a fun story about the time the groom made a fool of himself on the ski slopes. To make sure everyone enjoys the tale, he might want to set things up first:

As many of you will know, James spent a summer as a ski instructor and considers himself quite the snow pro…

You don’t need to set up every single detail but making your speech accessible to as many of the guests as possible will make it more enjoyable for everyone.

The goal of this step is to improve the flow of your speech by adding short linking sentences to help each point lead as naturally as possible into the next. Without this your speech can easily feel like a list of unconnected parts, rather than a coherent whole.

Here’s an example of how to link to adjacent ideas from your outline:

Imagine you’re writing the father of the bride speech, and you want to link between two unrelated stories from your daughter’s childhood.

Let’s say the first story is about the time she went to a birthday party dressed as a fairy and liked the costume so much she refused to take it off for a week.

And perhaps the next story is about the time – several years later – that she wanted a pet so badly that she kidnapped a neighbour’s cat and pretended it was an abandoned stray.

Years later Rachel decided that what she wanted more than anything else in the world was a cat. Her younger self might have tried to ‘magic’ one into existence with her fairy wand, but the eight-year old Rachel was a little more pragmatic. She stole the neighbour’s cat, brought it home and tried to persuade us it was a stray!

Another trick for making your speech feel more connected is ‘signposting’.

This is where you mention a future section of your speech before you actually reach it.

For example, the groom might say: “Before I wax lyrical about Sarah’s many fine qualities, I’d like to tell the story of how we met”.

When he then talks about the qualities he loves in his new wife, it feels connected to the “how we met” story, because the audience is already anticipating it.

The aim of this step is to go through your draft again and again, refining it with small changes, until you are totally happy with the result.

This process effectively takes you from an early working draft to the final draft.

During the Edit & Polish you are progressively improving the content, flow and overall structure of your speech.

Here are some useful questions to ask yourself during this stage:

Are all of your main points working equally well?

If not, are there other ideas not in your original outline that might work better?

Don’t be afraid of removing whole sections and replacing them with something new.

You can always revert to an earlier draft and it’s often the case that a speech suddenly finds its flow when one idea is replaced by another.

Are there any opportunities to make the speech more entertaining or humorous?

Sometimes simple changes in wording can make a speech more engaging (e.g. holding some information back for a later ‘reveal’).

Or perhaps there are other stories or memories that are inherently more entertaining.

Is the speech running long?

More speeches are too long than too short and often a speech can be significantly improved by editing for length.

This might mean removing one or two of your main ideas, or it might just mean being more concise with the wording.

Ready to get going?

It should now be a little clearer how you can move from your basic speech outline towards a final draft.

The first step is the easiest, so if you haven’t started yet why not go ahead and do that now?

It shouldn’t take more that 30-40 minutes and by the end you’ll have something that’s starting to look a lot more like a real speech.