10 Best Man Jokes You Should Avoid at All Costs 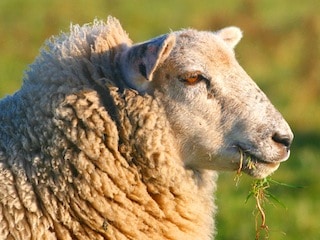 Giving the Best Man Speech is tough - not least because everyone’s expecting you to be funny.

But not everyone’s a natural comedian, so who could blame you for borrowing a few “tried and tested” jokes from the internet?

So if you want to avoid telling jokes that many guests will have heard before (and make them wonder how much more of your speech is borrowed from elsewhere), check out my list of over-used and predictable best best man jokes you should avoid at all cost.

1) The “Best Man at the Next Wedding” Joke

This one is a popular opener and it might raise a chuckle from some of the men in the room.

Hello! My name’s Rob and I’m Dave’s best man. Dave’s told me if I do a good job today I can be the best man at his next wedding too.

As best man jokes go it’s amusing enough, but sadly it’s been done to death. And by the way, should you really be suggesting that the marriage might not last?

More of a neat little play on words than a best man joke per se, this one would be just fine if it weren’t used so damn often.

As for Dave - he just looks stunned!

If you do feel the need to include this one, please make sure it’s clear the groom is stunned by his own happiness and good fortune - not shell-shocked!

3) The “Warm Seat/Piece of Paper” Joke

Another popular opener, this rather scatological best man joke tries to appeal to the giggling schoolboy in us all.

I’ve been very nervous about making this speech and so this is certainly not the first time today I’ve risen from a warm seat with a piece of paper in my hand.

It’s not a bad gag but it’s one of the most over-used wedding jokes of all time. Include this and a significant proportion of your audience will be hearing it for the second or even third time.

This is a classic pun and has been around so long it really belongs in a retirement home for old best man jokes.

So, are you ready to laugh?

I’m sure you’ll all agree, it’s been an emotional day. Even the wedding cake is in tiers.

All that’s missing is a little drum roll/cymbal clash at the end.

This best man joke requires a bit of physical pantomime involving the bride and groom.

Which could be great fun - if the punchline justified all that effort. And of course, if the joke hadn’t been done a hundred times before.

Tina please put your left hand flat on the table. Dave please place your hand on top of hers.

Enjoy this moment Dave because it’s the first and last time in your marriage that you’ll have the upper hand.

It’s great to mention the groom’s working life in your speech but you can probably do better than this generic best man joke:

I spoke to some of Dave’s colleagues from his job and they told me he’s something of a god at work. He’s rarely seen, holier than thou and if he does any work it’s a bloody miracle!

You might just about get away with it if you genuinely spend some time talking about the groom’s job. But if this joke is the only mention of work in the whole speech, it’s really not worth erectly all that verbal scaffolding just to tell such a well-worn joke.

Usually cropping up towards the end of the speech, this old favourite is a best man joke masquerading as heart-felt advice.

Dave, the secret to a successful marriage is using those three little words: “You’re right dear”.

Oh! We all thought the three little words were going to be “I love you”. But you flipped it - you genius!

This is another old school wedding joke and it’s not particularly flattering about the institution of marriage.

Tina - just remember men are like a fine wine. They start off as grapes and it’s the woman’s job to stamp on them until they turn into something you’d like to have dinner with.

And this best man joke even comes with an optional part two:

Dave - women are also like wine. They start out fresh, fruity and intoxicating, and become more full-bodied with age, until one day they turn sour and vinegary and just give you a headache.

Isn’t it funny how history has a habit of repeating itself? Twenty-nine years ago Tina’s parents were sending her off to bed with a dummy. And tonight they’re doing exactly the same thing again!

Let’s face it, even on the first hearing, this best man joke is more likely to produce a groan than a laugh.

10) The “Useless in All Positions” Joke

Towards the end of the speech it’s traditional for the best man to read out any messages (historically telegrams) from friends or family unable to attend.

This best man joke takes the form of a message from the groom’s sporting pals:

Here’s a message from the boys in the football team: Dave tries hard but we’ve found him to be absolutely useless in every position. Hope you have more luck tonight Tina!

What best man speech would be complete without a health dose of sexual innuendo?

And would you believe it - this is the single most popular (i.e. cliched) best man joke of the entire list!

Okay, that’s my list of the 10 Best Man Jokes You Should Avoid at All Costs.

Avoid these over-used and predictable gags and your best man speech will already be more interesting and original than half the speeches out there.